Chris has been passionately pursuing vocal music since he was a young chorister in the Australian Boys’ Choir at age 7. Since then he’s toured around the world singing music theatre in various productions, classical music with The Vocal Consort, and contemporary cappella with his “man-band” SUADE, as well as other solo and group projects. He was a founding director of Australia’s Contemporary A Cappella Hub Vocal Australia, and continues to assist as head judge in the AUSACA Contemporary A Cappella Awards. He is the musical director of Men In Suits – a community choir for insanely important gentlemen, and a well regarded composer, arranger, producer and workshop facilitator. Chris also runs music workshops in outback Australia in remote communities through Red Dust Role Models and MusoMagic. 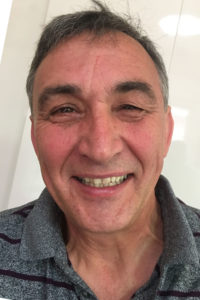 Alan has a background in Engineering & Project Management and has been involved in staging events for many years. In a previous life he organised major sporting activities prior to his involvement in singing.Alan has been singing in community singing groups for 16 years and started Men in Suits, a male choir and which now has been running for 11 years. Last year while on a singing workshop in Georgia (Europe) Alan started a fund-raising project through Men in Suits to raise money for a primary school in the back-blocks of Georgia to improve their facilities. Thanks to the project, the school now has a music program, which has been running for approximately 12 months now. The school choir has now performed many times in the local community and the fund rising will continue to support the music program.

Over the last two years Alan has organised workshops at the YMCA facility for men only and now using the same fun format Chris and Alan are offering the event to a mixed audience.